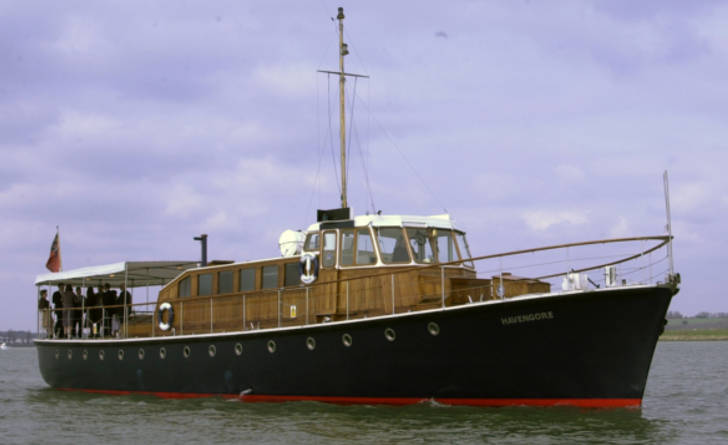 If you’ve seen the news this week, you cannot fail to have been made aware of the anniversary of the passing of arguably one of the most influential Prime Ministers that the UK has ever seen.

Sir Winston Churchill was laid to rest on this day (30th January) in 1965 having been sent off with the largest state funeral ever seen up to that point with 112 nations represented. A reported 350 million people watched this televised event.

The motor yacht that carried Churchill’s lead lined coffin from Tower Pier to Festival Pier was the MV Havengore, a former hydrographic survey launch commissioned by the Port of London Authority in 1954. Launched in 1956, and built by Tough Brother of Teddington, she was named after the Thames landmark, Havengore Island.

Now under private ownership, Havengore was restored and refitted at the Chatham Historic Dockyard in Kent in 1995 and changed hands again in 2006 with three further phases of restoration making her the beautiful example she is today.

Havengore participated in the River Pageant to mark the 200th Anniversary of the Battle of Trafagar, the Diamond Jubilee Pageant and carried an Olympic Torch along the Thames in the lead up to the London 2012 Olympic Games. 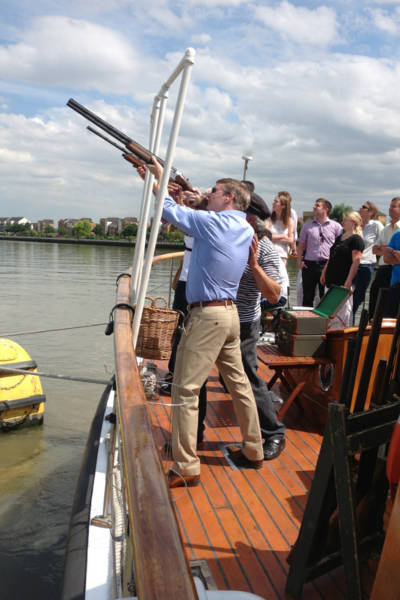 Solent Events are honoured to be able to offer this wonderful vessel for Corporate Hospitality events including Clay Pigeon Shooting on the Thames as well as exclusive river cruises and static events. Mouth watering catering, superb service and impeccable attention to detail make this the very best event suitable for the most discerning of guests.

Get in contact with us if you want to experience this unique piece of British history for yourself.