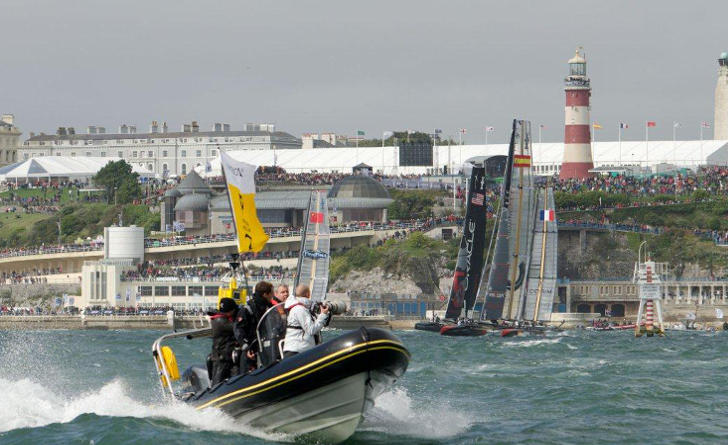 It has been reveled that The America’s Cup is coming to Portsmouth for the four-day World Series events in June 2015 and July 2016.

With racing taking place off Southsea Seafront the organisers are also hoping to put on a festival at Southsea Common close to the finish line. As well as being able to watch the 45ft catamarans fly across the water from the shoreline, big screens will also show the close up action around the festival site.

Six teams have been confirmed so far, a further two or three are expected to join before the regatta begins.

The event will also feature an exhibition showing the history of the 1851 America’s Cup on the Solent and give details on how Sir Ben Ainslie is trying to bring the race back to Britain.

The above image was taken in 2011 when sister company Solent Rib Charter were appointed Official Rib Supplier for European venues, in this case Plymouth.