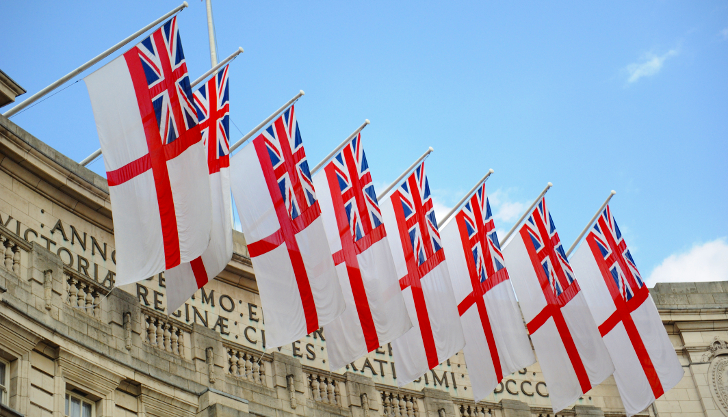 We’re all excited out the football here, our land based brands EMG and The Teambuilding Company are running events themed around the beautiful game…

The sight of so many St George’s flags reminded us of the strange laws at sea. Many rules and regulations in British waters stem from military history, since flags were the main way of identifying vessels there are very strict rules about what flags you can fly and what you definitely cannot!

Almost ironically the most common flags on land are those which are most illegal at sea. The Union Flag of the United Kingdom when flown at sea, from the masthead of any vessel, officially means an Admiral of the Fleet is on the vessel, while the St George’s Cross is the flag of a full Admiral. 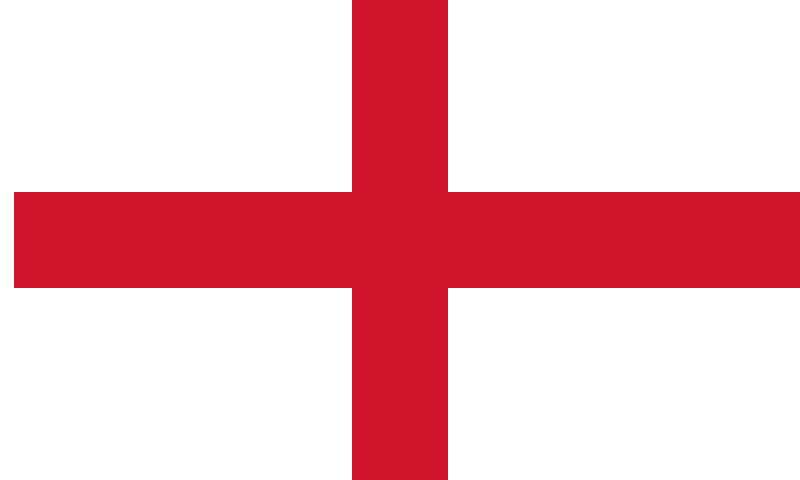 Admiral of the Royal Navy

Admiral of the Fleet

While Admiral Lord Nelson probably was an England footie fan, that is not what the England flag on his ship’s masthead meant…

The only exception to this rule is that the Little Ships which assisted Operation Dynamo, the military evacuation of Dunkirk in 1940, were granted permission to fly the St George’s Flag from their bows in recognition of their contribution.

While it is unlikely to be caught out by these maritime laws, they do carry heavy penalties – fines into the tens of thousands of pounds and your vessel being impounded!

You probably won’t see many Scottish flags flying this World Cup, but the Cross of St Andrew also has a maritime meaning: it is the international code flag for the letter M. When flown on its own, it means “My vessel is stopped and making no way through the water” – which is a little like their football team we suppose…

“My vessel is stopped and making no way through the water.”

Lendy Cowes Week 2018 →
← For the client who wants everything…