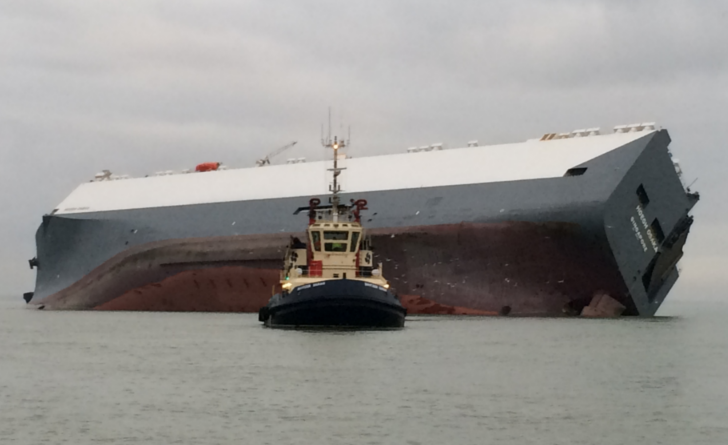 Having taken one of our Ribs home to Cowes for the Christmas break, Solent Events account manager Simon took this picture on the way to work this morning on his way back to Lymington. The stricken Hoegh Osaka went aground on Saturday evening when it was deliberately beached on a sand bank known as the ‘Brambles Bank’. The 180 metre car carrier was believed to be carrying some 1400 cars along with JBC machines when she started to heel over shortly after leaving the port of Southampton. The decision was made to beach the vessel on the sand bank in the Solent to ensure the safety of the 25 crew onboard. Thankfully there was only one minor injury and the shipping line is now working with a salvage company to recover the ship and its valuable cargo.

The below image was taken 20 minutes before high tide on Sunday when it had been hoped that the vessel may be re-floated…..unsuccessfully. 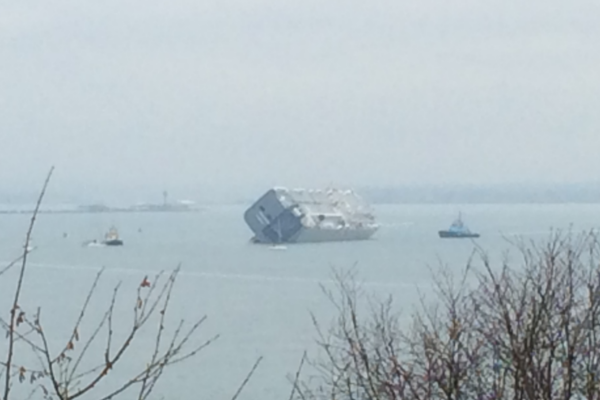 A 200 metre exclusion zone is in force around the vessel and the Marine Accident Investigation Branch are looking into the cause of the accident.

In 2006 a car carrier owned by Misui OSK Lines, a Japanese transport company, spent nearly a month bobbing at a 60-degree angle in the North Pacific with 4703 new Mazda cars onboard before it was recovered. Mazda destroyed the cars despite them suffering no visible damage because any undetectable damage would have left the company liable  in later accidents.

Let’s hope that the vessel is moved in plenty of time for the summer cricket match played on this sand bank at very low tide every year!