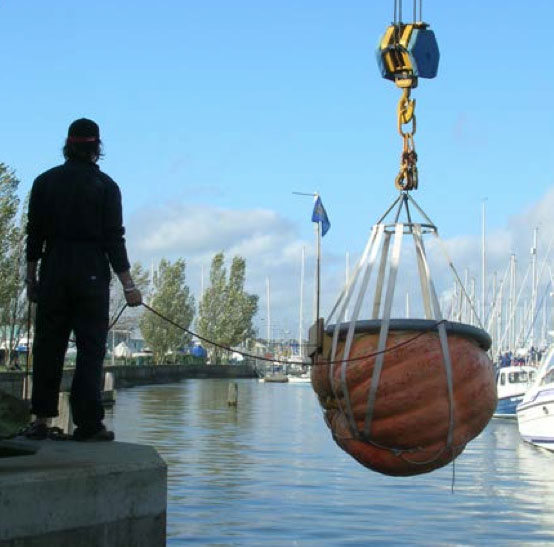 With Halloween just round the corner it seems fitting that artist Dmitri Galitzine is preparing to attempt a journey in a hollowed out giant pumpkin across the Solent…. Yes you have read that correctly!

The pumpkin, grown by Mark O’Hanlon weighs half a ton and will be shipped to Portsmouth after the Mere Brow Giant Pumpkin Show in Lancashire this weekend. Galitzine will then work alongside a boat builder to fit an outboard motor to the vegetable ready for the 3 mile crossing over one of the busiest shipping channels in the world from Portsmouth to the Isle of Wight.

Giant pumpkin sailing started in Canada. There are several giant pumpkin regattas worldwide, in which participants race their vegetables across stretches of water including rivers, lakes and sea.

Will this be the ‘next big thing’ on the Solent? Or maybe we should start offering pumpkin racing as a team building event….