Here at Solent Events we are so delighted to have the lovely Olympic sportswoman Helena Lucas sailing with our client Squire Patton Boggs this Saturday for one of the biggest sporting events in the UK.

The annual J.P. Morgan Asset Management Round the Island Race, organised by the Island Sailing Club, is a one-day yacht race around the Isle of Wight. The race regularly attracts over 1,700 boats and around 16,000 sailors, making it one of the largest yacht races in the world and the fourth largest participation sporting event in the UK after the London Marathon and the Great North and South Runs.

Competitors come from all over the UK, other parts of Europe and as far away as the USA to follow the 50 nautical mile course round the Isle of Wight. Starting on the famous Royal Yacht Squadron line in Cowes, the fleet races westabout, to The Needles, round St Catherine’s Point and Bembridge Ledge buoy, and back into the Solent to the finish line at Cowes.

Spectators can find many vantage points, both on the mainland and Isle of Wight, to watch the race progress. The first start in Cowes will be at 7.00am in 2015.

The race is a great opportunity to watch world-renowned sailors racing against families and first time racers. Although the majority of the fleet will take many hours to complete the race, the course records stand at 3h 43m 50s for a monohull boat, set by Mike Slade on ICAP Leopard in 2013, and 2h 52m 15s for a multihull boat, set by Sir Ben Ainslie on J.P. Morgan BAR also in 2013.

And some may not even know about Helena….

Helena, who was born with no thumbs and limited extension in her arms, is in the unusual position of having done both Olympic and Paralympic campaigns. Having sailed 470s since 1997 she moved into the Paralympic  2.4mR in 2003 before making her Paralympic Games debut at Beijing 2008, finishing seventh.

Helena is continuing on the road to Rio 2016 on a quest for her second gold medal. Outside of her Rio  campaign she is looking to experiment with new classes and will be fronting her own SB20 campaign. 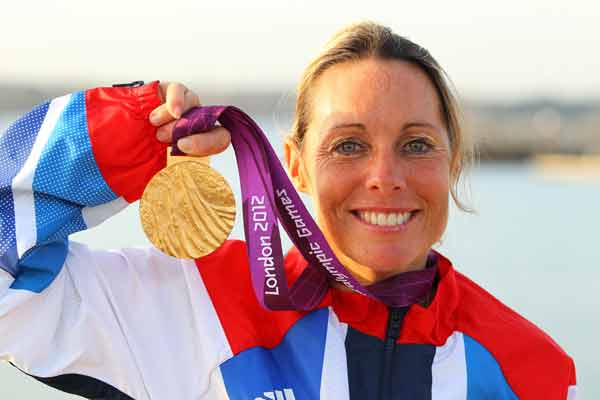