The Magenta Project was launched on the back of the success of the all female crew – Team SCA in the 2014-15 Volvo Ocean Race. Following the success of the race, Swedish sponsor SCA announced that they had fulfilled their campaign to connect with a wider audience worldwide and were bringing their support to an end. Whilst the announcement to stop the sponsorship was a blow, the team of determined women are powering ahead under the new banner – The Magenta Project. The goal is to secure a new sponsor to enable the entry of another all-female crew for the 2017-18 Volvo Ocean race. Alongside this, the ongoing vision is to increase the participation of women at the highest levels of sailing and promote inclusion, diversity and positive female role models in society.

Their story started when these 11 women were selected from hundreds of women around the world who wanted to be on-board the all-female Magenta race yacht that was TEAM SCA. In October 2014, 7 teams took to the start line of the Volvo Ocean Race. There had been a long drought since the last all-women crew campaign some 12 years previously, so to get a crew to the start line was a success in itself. Funded by Swedish global hygiene and forest products company SCA, the campaigns focus was to increase international brand awareness and connect with a wider predominately female clientele – a marketers dream, a global platform touching 11 countries with an all-female crew. 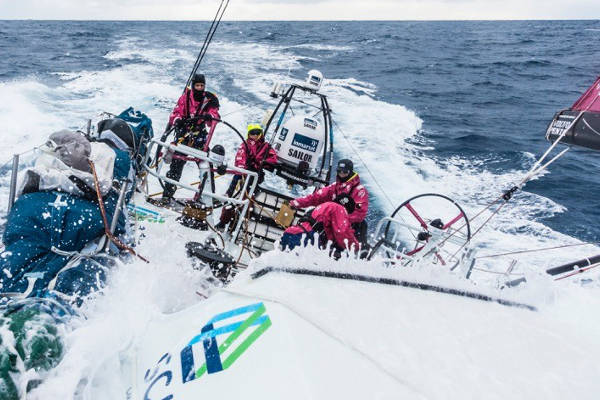 Over the 9 month race, the teams completed the 39,000 mile circumnavigation. The women on-board SCA made history by winning a leg of the race. At each stop over the organisers engaged the spectators with all the teams competing in a short series of races visible from the shore. The ladies won 2 heats and placed 3rd overall for the inshore series.

Whilst I sit behind the warm comfort of my stationary desk, I find it impossible to comprehend the extreme conditions that the sailors endured on their incredible adventure. Sailing on board their constantly moving Magenta platform in ever changing conditions, the all-female crew gathered fans and undeniable respect from around the world. 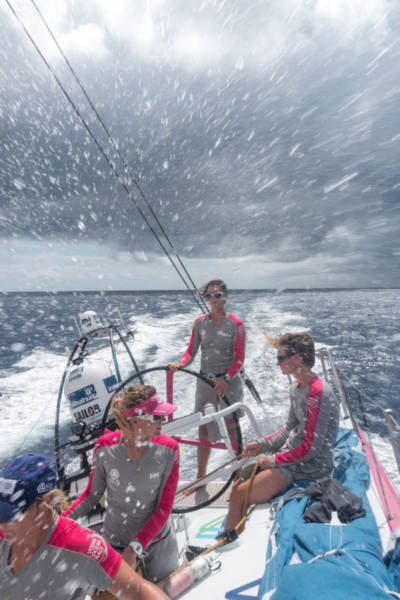 2016 Will see the team forging ahead to empower and inspire more women across the globe, not only in sailing but at an elite level across any sporting arena. The team will continue to seek a corporate partner to enable another all-female crew to compete in the next Volvo Ocean Race in 2017-18.

We look forward to watching the project continue to gain momentum and inspire yet more women around the world.

It’s all moved on a bit since Sowesters and rubber wellies! →
← Let The Sailing Season Commence!