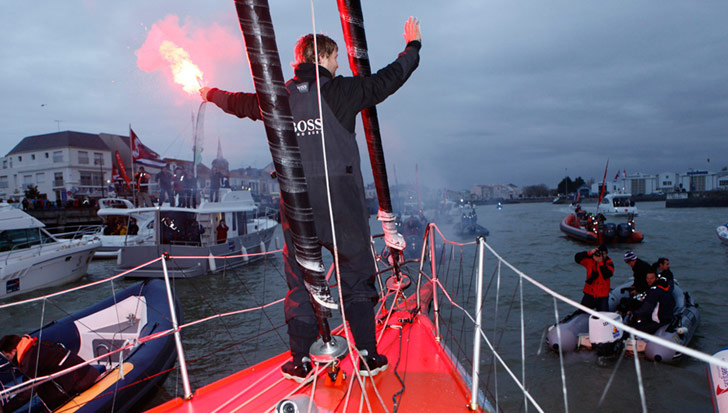 The round the world yachtsman Alex Thomson is now in Les Sables d’Olonne with his 60′ Hugo Boss yacht ready for the start of the Vendee Globe; a 30000 mile solo round the world race.

Hampshire sailor Thomson, who first made headlines in 1999 for being the youngest ever skipper to win a round the world race (Clipper), has competed in the Vendee Globe twice previously but unfortunately has never finished it.

20 Sailors will line up on the start line on Saturday 10th November 2012. Along with Alex Thomson, Hampshire sailors Mike Golding and Sam Davies will also be competing.

We will be following the event, will you?