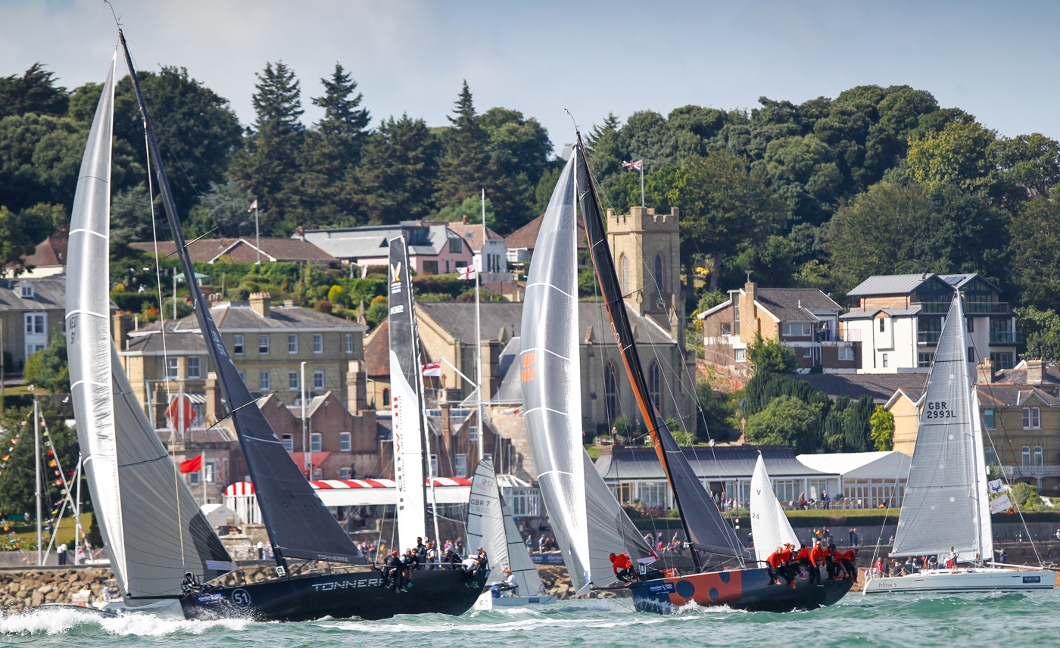 The Solent is often referred to as the “home of world sailing” but why is this?

Racing of boats has long been an informal activity, born out of necessity. Before the marine engine was created sail was the only form of propulsion open to working vessels. Fishermen would race to get to fishing spots before their rivals – no doubt enjoying the thrill.

In the early 17th century the Dutch started ‘formal racing’ purely for enjoyment, originally racing in modified working boats. The English followed suit and races started to occur between purpose built racing yachts. Huge sums of money were wagered between owners on their own vessel winning, with spectators gambling too.

Yacht racing received Royal interest and the sport grew, with customs and informal rules changing over time. Racing was often downwind in a straight line from an anchored start. In 1782 a fleet of yachts from the precursor to the Royal Thames Yacht Club raced upwind on the Thames.

In 1815 the now Royal Yacht Squadron was founded where members agreed to meet in Cowes on the Isle of Wight. The RYS started to lay down rules to make the sport fairer and safer, starting with the ‘Port Starboard Rule’ to avoid collisions.

In 1851 the two most prominent yacht clubs in the world, the New York Yacht Club and Royal Yacht Squadron, challenged each other to a race around the Isle of Wight. RYS Commodore Lord Paget donated a solid silver cup costing £100 (£1 million+ today). NYYC sailed over in a yacht called America and won! The cup (known as The Auld Mug) and regatta has been known as The America’s Cup ever since, after the winning boat and not the country as thought by some.

In 1826 the annual Cowes Regatta started, quickly becoming the Cowes Week we know and love today. This regatta is one of the UK’s the longest running and most successful sporting events and has been held in August every year except during two world wars.

In 1875 the now Royal Yachting Association was formed to standardise measurement and rules governing yacht racing, the headquarters of which is still in Hamble on the UK’s South coast. In 1904 the RYA secretary created what has become the global governing body – World Sailing.

The Solent, and Cowes in particular, has been at the centre of virtually every stage of the history of yachting. The Solent continues to be a major location to this day, holding National Regattas, World Championships and is even a venue on the new and exciting global 2019 Sail GP circuit… more on this very soon!